This is a dangerous and vicious villain I came up inspired by Austin's WOE organization.

Due to an unsuccessful attempt to modify the DNA of a vampire bat, a well-known scientist from South America ended up creating a ferocious intelligent beast that was not only agile but extremely strong. This creature is blind but his ultra sensitive radars can detect any form of living creature with an incredible precision. In its attacks it leaves cirurgic marks of small isosceles triangles caused by his teeth. 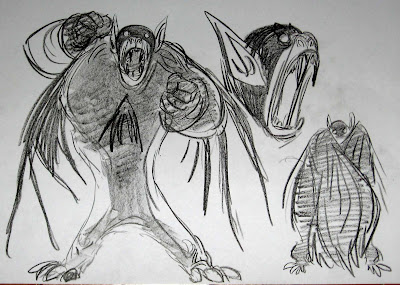 First, Gigantic sneaks around deceiving his victim, in this case, Thor. 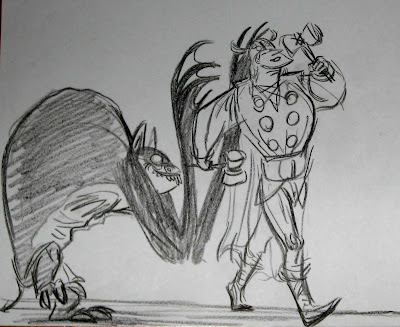 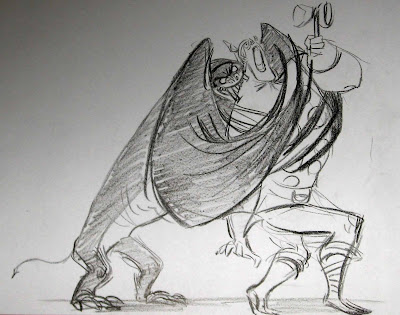 Leo Matsuda said…
Alex: Thanks for the kind words! I'm glad you liked it.
6:21 PM