Definitely one of my favorite films from all times. Based on Harper Lee's novel this film honors this great novel with an amazing adaptation. The theme of the film which evolves around the title "To kill a mockingbird" meaning justice is very touching. The photography conveys so much mood you feel like being part of that hot town of Maycomb in the deep depression era. Interesting to know too that the only reason this film didn't win the OSCAR was because it was competing against Lawrence of Arabia.

Jem's Amazing and imaginative description of how Boo would look like. I wish I were a kid again.
" Six and a half feet tall. He eats raw squirrels and all the cats he can catch. There's a long jagged scar that runs all the way across his face. His teeth are yellow and rotten. His eyes are popped and he drools most of the time." 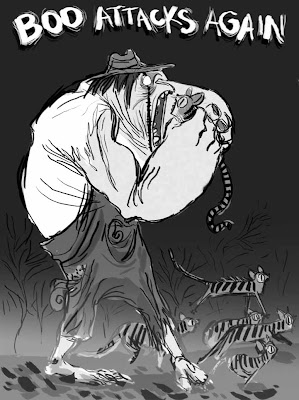 Real Boo( Robert Duvall in his first role) and the adorable Scout. 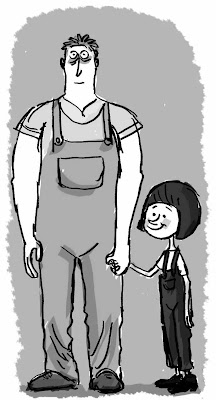 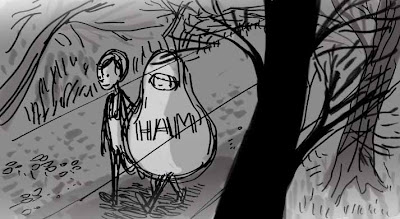 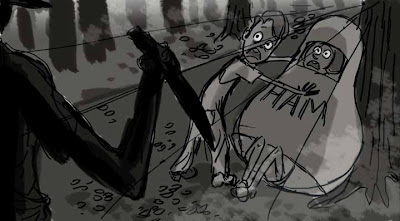 Randeep Katari said…
Leo, this and the last post are amazing. I love this stuff!! Keep 'em coming!
1:45 AM

Jenny Lerew said…
Leo, these are great and so is this film.

You should read the Harper Lee novel; it's fantastic as well and it's especially interesting as it was adapted so faithfully-the scenes with Scout in her ham costume walking home with Jem and the attack is a prime example of a perfect visualization of a terrifying scene--both from the narrator(Scout)'s POV.
10:31 AM

stephen said…
i always thought her ham costume was such a lovely and odd detail
1:17 PM

Leo Matsuda said…
This comment has been removed by the author.
2:34 PM

Leo Matsuda said…
Randeep: Thanks, man! I can't wait to see your guys musical assignment. I just finished reading Mamet's book. I loved it! I love the simple way he brakes down a scene starting from the most elementary thing which is the shot. I'll try to use more uninflected juxtaposition of images in my work. I really liked the interviews. The first one with the superobjective being getting the teacher's attention is so insightful and clever!

Jenny: Thanks so much for your kind words,Jenny! You are always so supportive and sweet! I wil definitely try to read Harper Lee's novel. Don Hall suggested me to read this novel too! Hearing your great insights about the book makes me wanna buy it right away! I guess you are right. lol. The drawing looks like Don! I should start calling him Boo Hall. haha!!! I see you soon, Jenny!

Stephen: Hey man!! I miss you new yorkers!!! I hope to see you guys pretty soon for more NY pizza and also pancakes! By the way, I really loved your guys costume as Team Zazou.
2:38 PM

Edward Juan said…
leo, WTF, that last drawing. is that from the movie To Kill a Mockingbird?
And i like how the girl's costume spelled HAM.
1:54 AM

Ed: That's my interpretation of one of the sequences. It has a real dark mood. I hope to see you soon Ed. Coraline was a visual delight!!! Congratulations!!!
9:59 AM