ONE OF MY CRAZY NON-SENSICAL DREAMS

A few days ago I had a dream that really called my attention. It was a very strange dream and it made no-sense whatsoever. In this dream, two of the most successful Hollywood entertainers of all times were considering me as a prodigy and they believed I could somehow fix their shows.

INT. ANIMATION STUDIO - MORNING
Leo Matsuda, a very hardworking and a little stressed out foreign boy, is crunching really hard in one of his storyboard sequences. It is a tight deadline and he has to turn it around in a very short amount of time. Unexpectedly, Larry David, a prestigious Hollywood writer, shows up in his cubical office asking him for a freelance job. 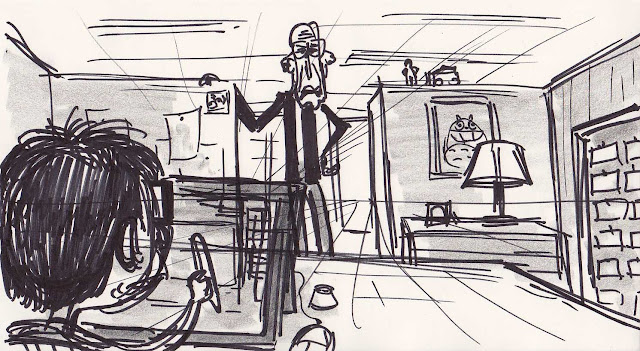 LARRY
Hey you, people are complaining my show is
too dry. I need to make it more cartoony.

LEO
I wish I could help you Sir but I cannot spell
in English. Maybe you should hire a real writer. 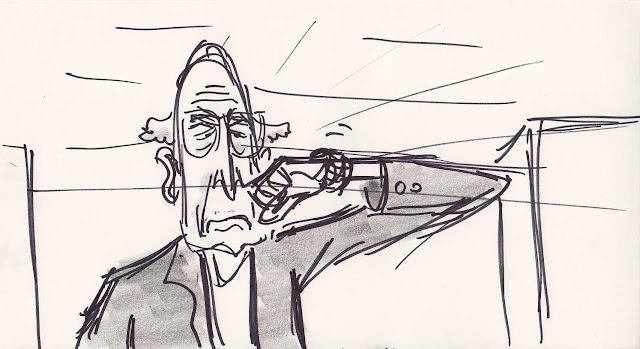 LARRY
Just shut up. I heard you are good at it.
You have to get this back to me in 30 min
otherwise you are fired. 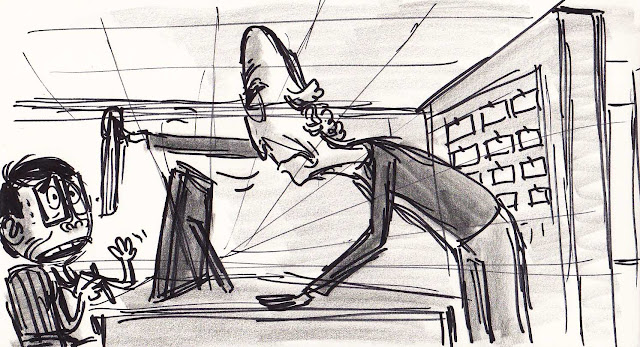 LEO
I understand you are a busy man sir but
I'm pretty busy here at work too so maybe
you should talk to our producer. Besides, I
I believe he is the only one who could
actually fire me. 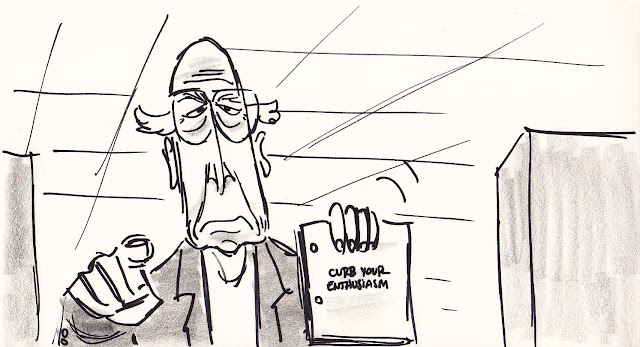 LARRY
Do you know who I am? I can blacklist
you through the whole entertainment industry
so just shut up and cartoonize my script. 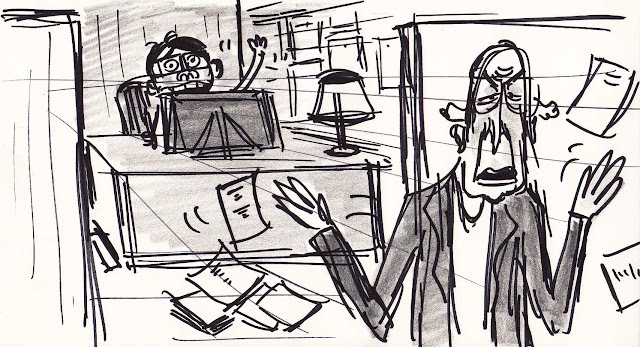 LEO
But I'm clueless here sir. Can you give me
some directions?

Leo agonizes over myriads of pages floating through his cubical.He has no idea in how to address his deadly situation. 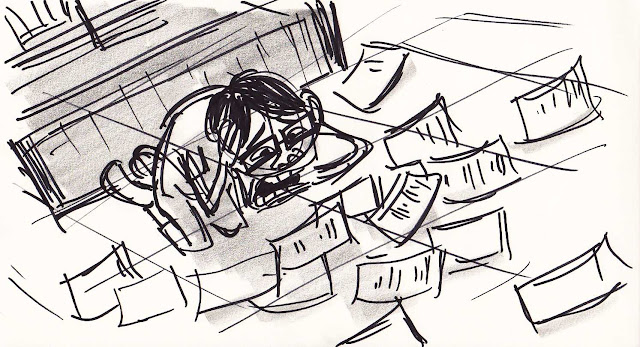 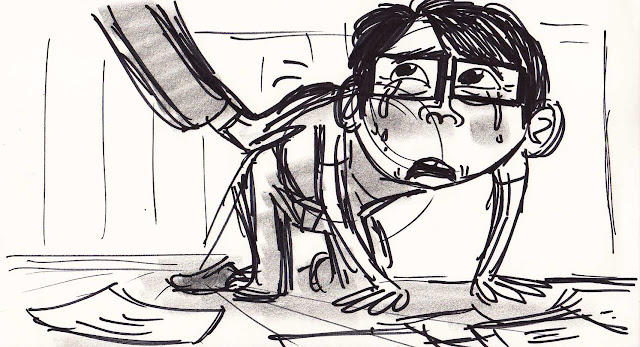 It's Jerry Seinfeld, the other very successful entertainer in Hollywood. He has very kind eyes and lots of charisma. Awesome 90's hairstyle. 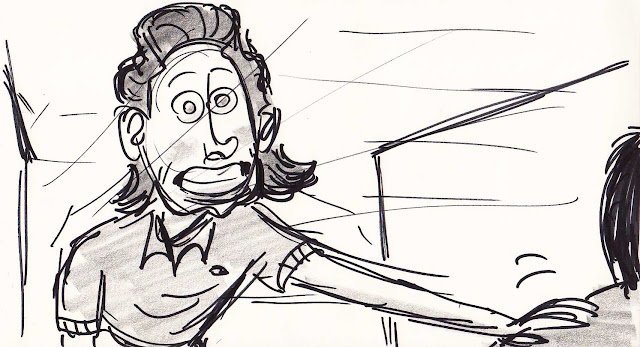 JERRY
What you need is some fresh air, boy.
Let me take you for a ride.

In his Expensive Convertible Ferrari Testarossa, Jerry Seinfeld takes little Leo for a ride. Leo is now extremely confused and scared of what could happen to his professional future. 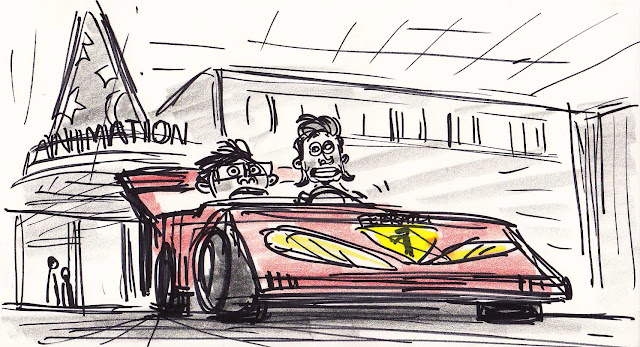 LEO
I thought you said it was just a ride, man.
I'm in a terrible crunch time at work and I have Larry
David's freelance to finish. Please,
Take me back to Burbank, man! 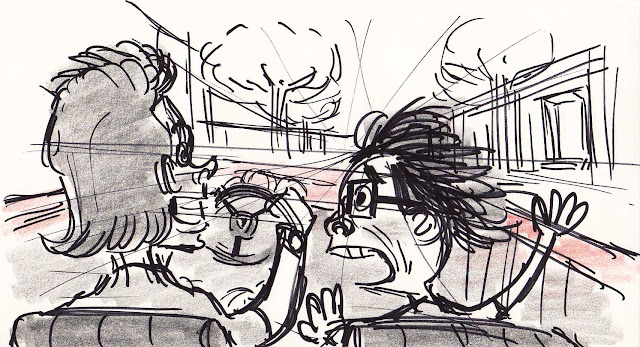 Larry David? He is already tracking you down?
I knew it. If that fool thinks he can be more
entertaining than me he is dead wrong. I have
Leo Matsuda! The all-star. 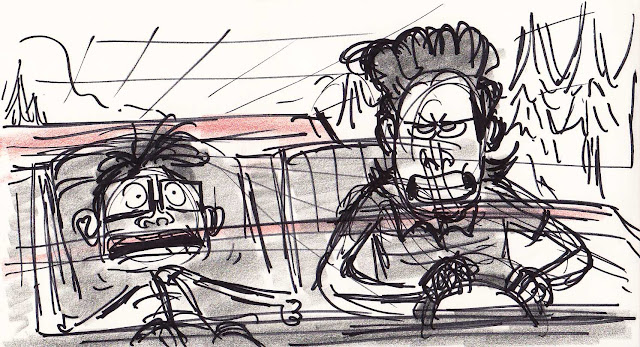 JERRY
Shut up! I heard you are brilliant, kid.
I'll make you into my favorite friend
in the 10th season.

LEO
I thought your favorite friend was
Jason Alexander.

Jerry
Jason is an old hag now.
I need brand new talent in the show.
This will be the summer of Matsuda! 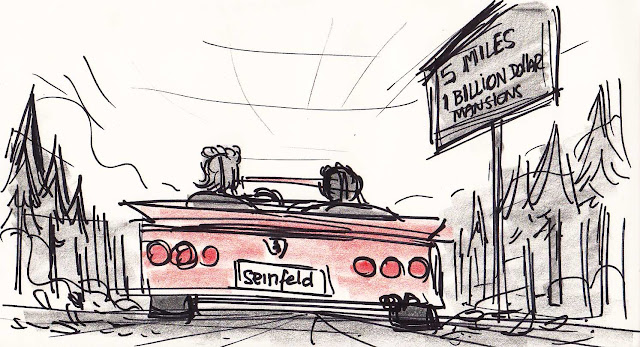 Jerry speeds in his Ferrari as if it is a supersonic jet. In a few minutes they arrive in his billion-dollar mansion in the Hamptons. 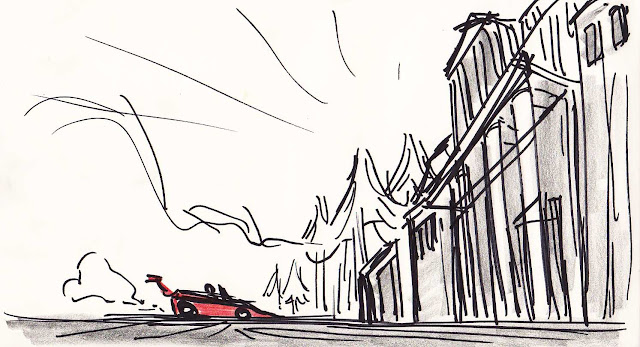 Jerry parks in his luxurious parking lot. We see loads of other Testarossas just like the one he was driving. 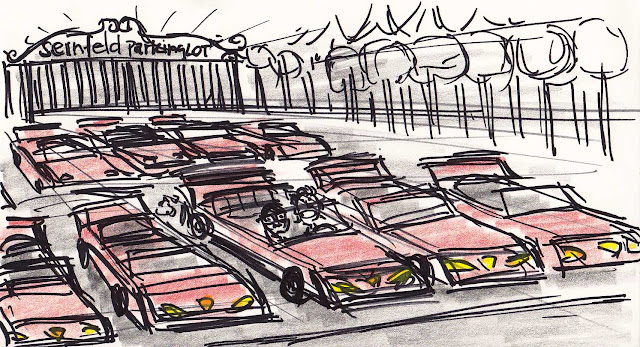 Jerry tries to impress Leo with the grandeur of his sophistication and healthiness. Jerry shows off his exorbitant aquarium with rare  wild fish from the Atlantic deep seas. He wants Leo at any price and he is definitely impressing him. At this point Leo is starting to believe he is some kind of stardom. 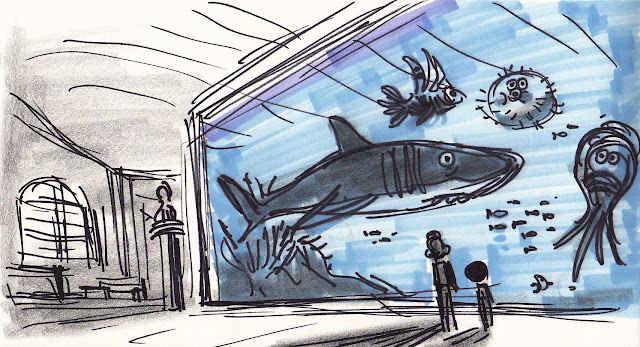 Finally he introduces Leo to his most precious object. His trillion dollar Piano. He wants Leo to show his potential as a star. He wants to see Leo shinning through this magnificent musical instrument. 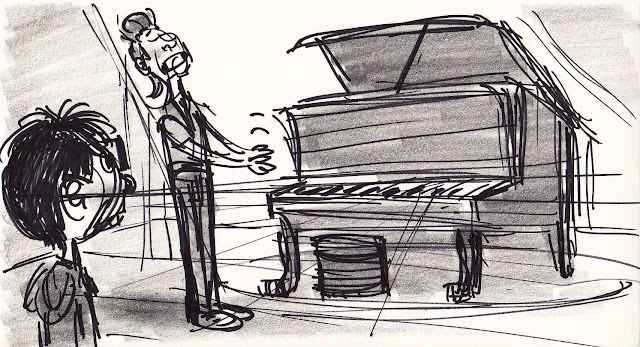 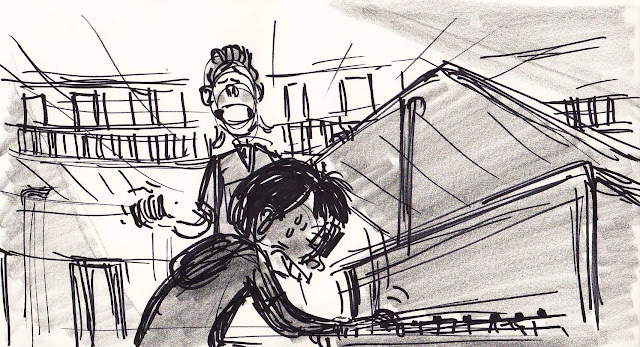 As Leo start playing the piano, Jerry realizes the boy is actually a farce. He is no stardom. Jerry is disappointed and frustrated. He kicks Leo out of his mansion. 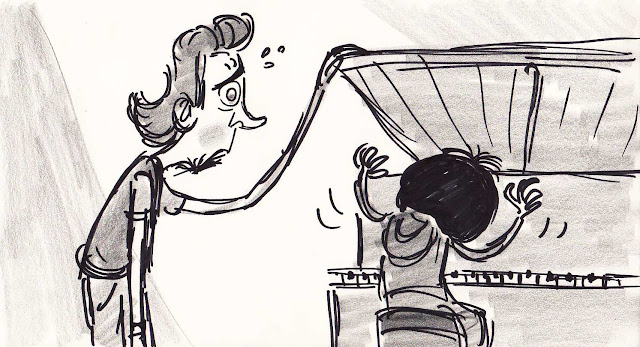 And that's when my alarm went off and  I woke up.  I disappointed my favorite entertainers Larry David and Jerry Seinfeld and also my producer in this dream. No freelance finished,  no stardom gifts, and no deadline reached. I was glad at least it was just a dream otherwise I would be jobless, blacklisted and probably still walking back all my way like a hobo from the Hamptons to California.

I have no clue what this dream means but it is probably related to the pressure I've been going through recently. Some studies say dreams are signs related to what we are going through in our personal lives. Maybe It's a sign to me to take it easy....Who knows....

tek! said…
haha everything about this post is golden! thank you again for sharing
this wonderful dream.
1:18 AM

George Bletsis said…
Great story and great drawings, I laughed a lot! Wish my dreams were this epic ;)
9:59 AM

Anonymous said…
I think it's a sign that you should learn how to play the piano. That was your downfall.
4:55 AM

Kelley said…
You are hilarious. I love your comics and always look forward to the next one.
5:21 PM