A few months ago me and my friend Regis decided to go to Comic-Con for a day. I used to really enjoy this event but since it became extremely commercialized I lost my interest. It's such an exhausting experience to go even for one day. I wonder what it would be to go for all the four days or so. 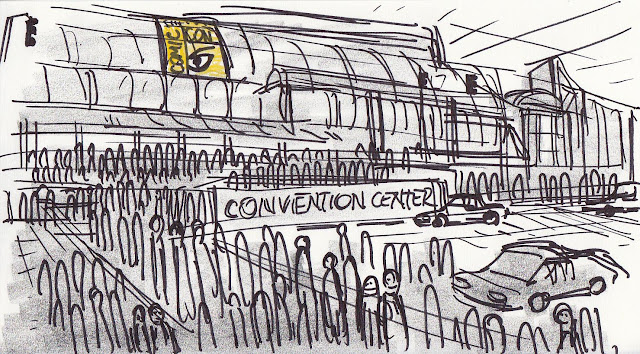 This year's comic-con wasn't any different for what I expected. To move to the other side of the street took us almost an hour. To make things worse it was insanely hot and the cluster of human bodies all together made the place suffocating. Even more when you have a sweaty Darth Vader dude not wearing deodorant. 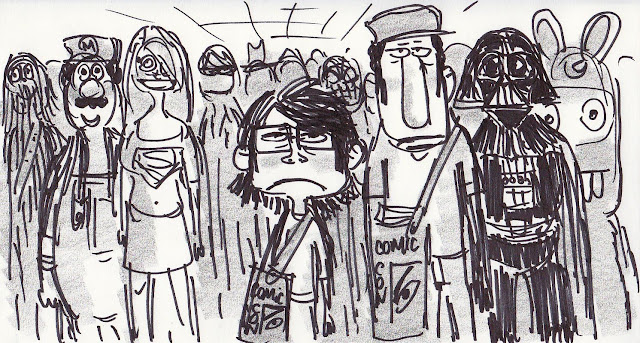 As we finally approached the other side of the street we heard loud screaming from a man holding a crucifix. 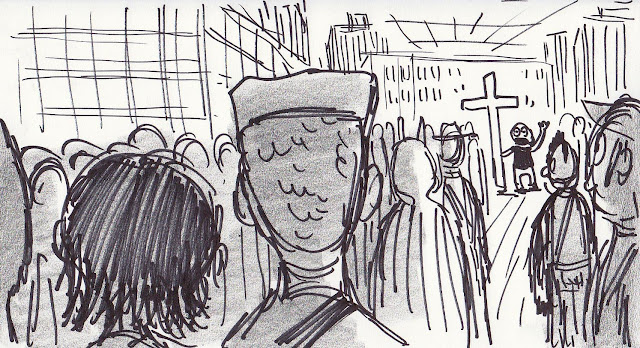 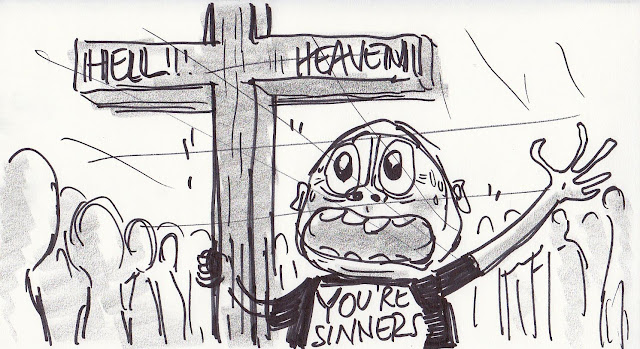 Since we are all in America he was definitely in his right to express his feelings. However, his was definitely coming out as a jerk in the way he screamed at us. Also,  rudeness associated with the Heat plus the stinky Darth Vader's underarms smell made me feel really irritated and hopeless. 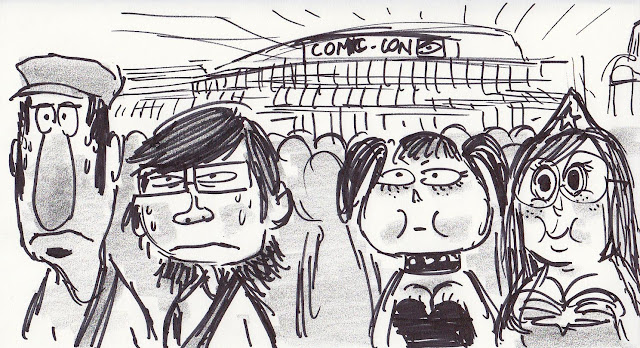 Behind us, two girls started whispering to each other. The girl in the punk outfit said: Are you ready for this, my dear? The wonder-woman girl said: Yup, buttercup. 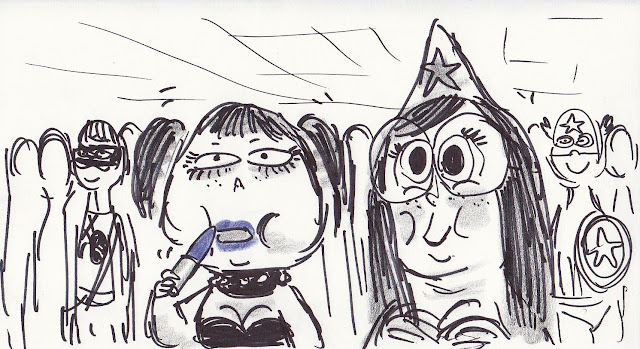 In mean while, the punk girl kept putting lots of purple lipstick in her lips. 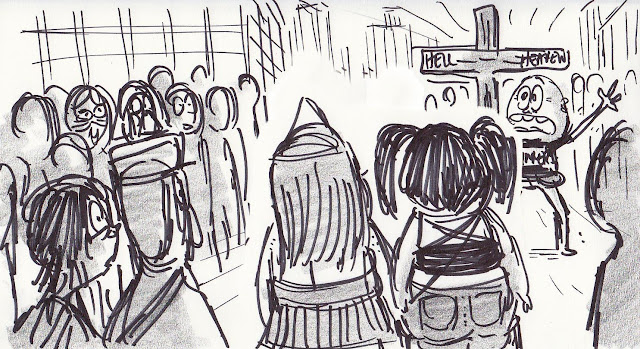 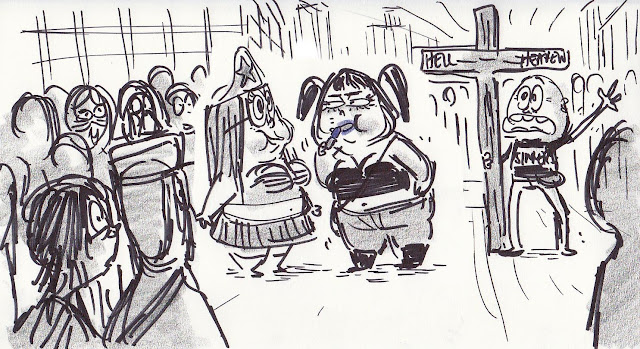 Passionately, the punk girl grabbed wonder-woman girl and they started to make out in french kiss style. 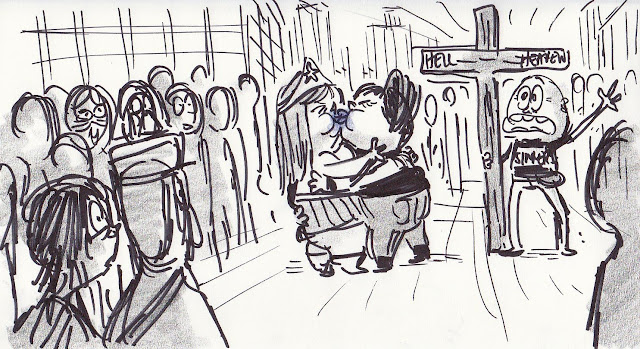 The kiss went on for almost 5 minutes. 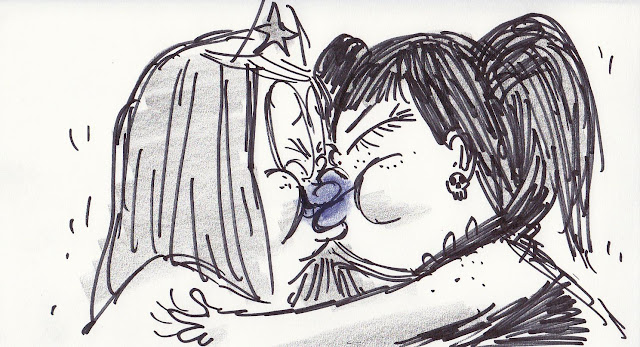 By the time the finished that intense act of love, both of their mouths were all covered in pink lipstick. A smile of justice came to there faces. 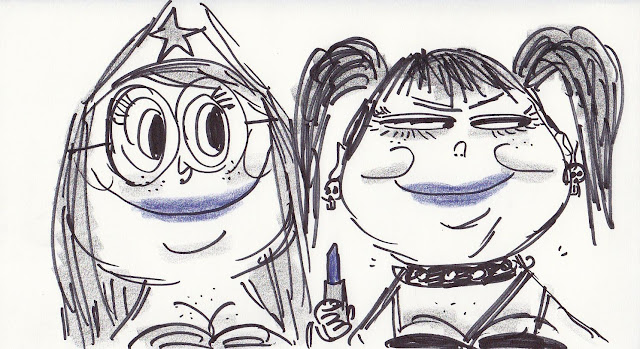 After witnessing this amazing performance, everyone started clapping and cheering-up.
The dude with the crucifix covered his eyes in terror. 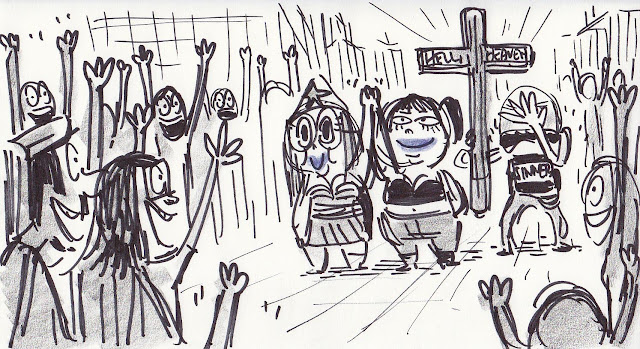 Even though I'm not into comic-con that scene made the trip definitely worth it.  I hope all the best to the punk /wonder-woman couple who showed with courage what it is to live in a free country. Make your choices. Be what you want to be. Be respectful towards each other,  Hooray to Fredoom!! 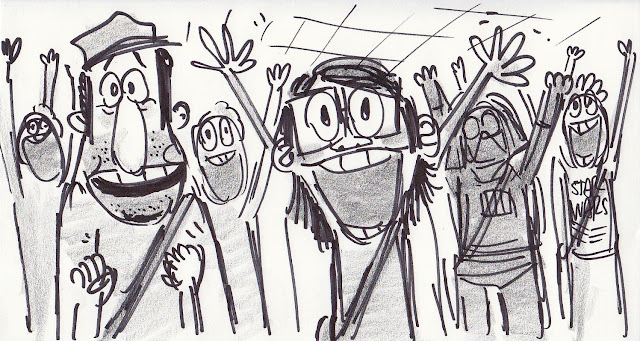 Elaine Chen said…
hahaha definitely worth it! what a story!
5:30 PM

k.mediani said…
This is so awesome!!! and thank you for sharing this awesome story with wonderful illustration with all of us!!
3:46 PM

Nikhita P. said…
Haha! great story!!
I saw a beautiful pictures of two girls making out in the backdrop of a protest against same-sex marriages. Epic stuff. :)
4:26 AM

pakoto said…
hahahaha you are a great storyteller!:)
8:43 AM

Leo Matsuda said…
Thank you everyone for the kind comments!! Freedom!!

Heidi: I knew you would like these girls. :-) Congratulations for all your amazing working Paranorman.
12:52 PM