Here are my favorite moments of Star Trek Into Darkness. I really enjoyed the film and thought that the action sequences were amazing. I'm not really an action guy but I was thrilled with the art direction, writing, and J.J Abrahams directing choices. I really loved James T. Kirk (Chris Pine) as the cocky adventurer capitain and Spock (Zachary Quinto). Despite of the plot holes in the film, the dynamic between spock and Kirk is really engaging.  Great character stuff, Damon Lindelof. Below are some of the compelling moments in my opinion.

Visually, I really enjoyed the beginning. It was just cool to see Spock in that bronze suit and a helmet with green visor. 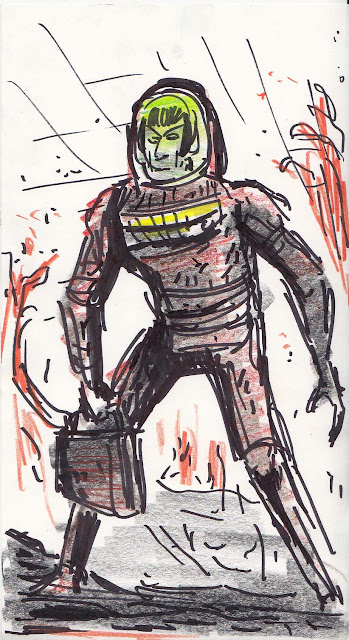 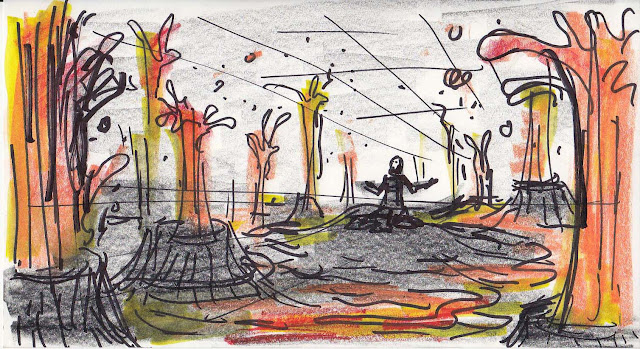 The twist they made having Spock as the one that screams "KHAN!" instead of Kirk worked very well for me. Since I was never a Star Trek geek I have no attachment to that moment from Star Trek II: Wrath of Khan. I thought that it was clever to revert the roles because it reflects Spock's character. A half human/ half vulcan character who in the beginning of the film states that he would rather be a Vulcan than goes through the terrible emotions humans go through. 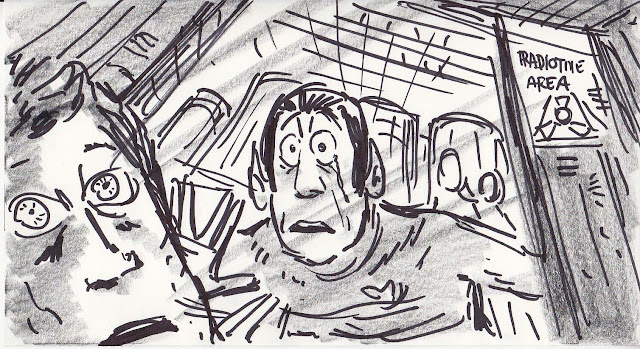 When we go to the 3rd act I felt the rage of Spock, who now completely embraces his human side. I was rooting for Spock to kick the ass of Khan really bad. 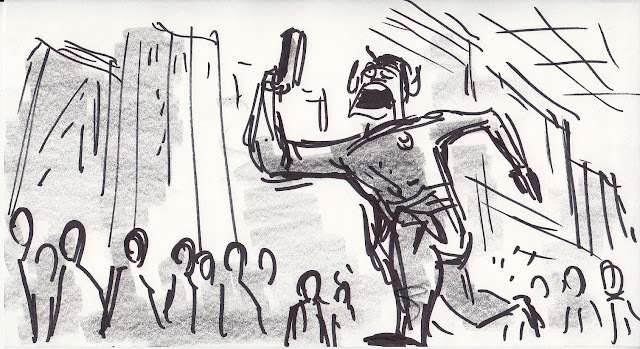 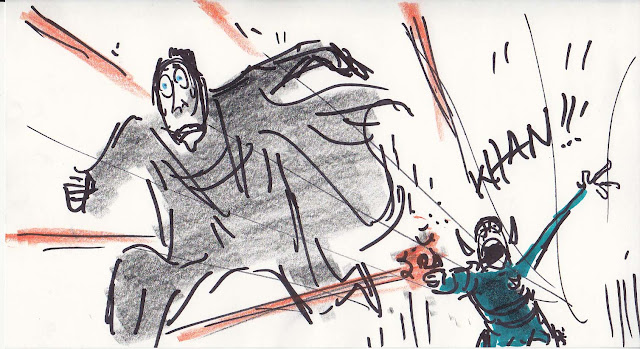 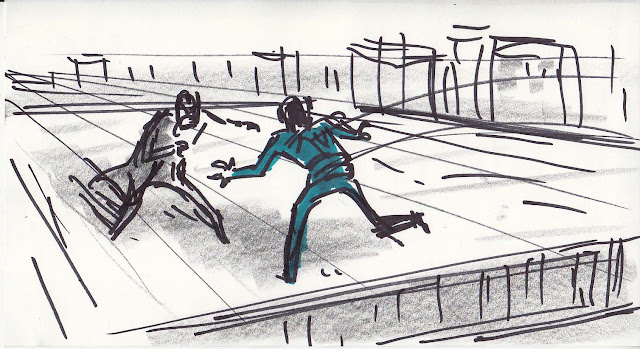 It was entertainning to see Khan trying to smash Spock's cranium. 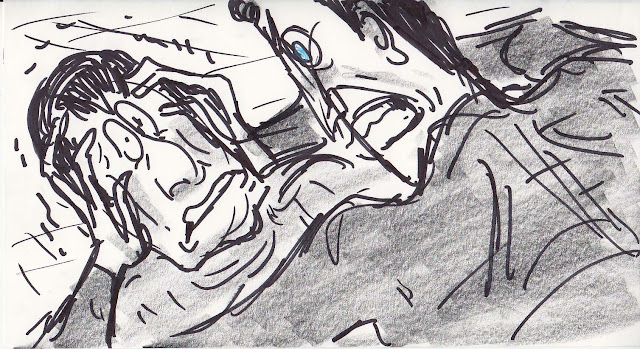 Spock pinching Khan - The highlight of the film. 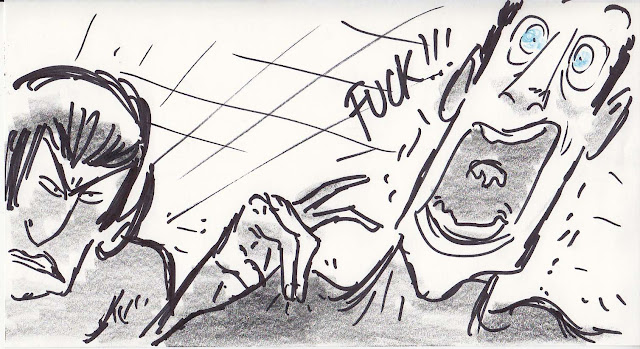 It was great to see Spock's-10-times-human-strength in action. It's so fulfilling to realize how strong the guy is. A friend of mine told me Spock has green blood. What a badass guy. 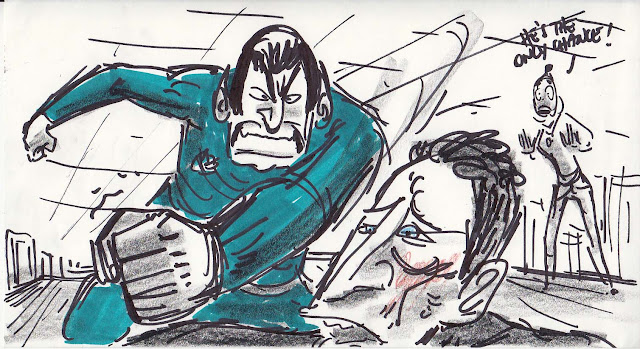 Michael Yates said…
Great drawings! I really enjoyed this film as well. Definitely one of my favorite so far this summer.
2:56 PM

boy said…
This is my blog. Click here.
แทงบอลออนไลน์ยังไงให้ได้เงินมานี่เรามีคำตอบ
3:58 AM

หวยเด็ดหวยดัง said…
I will be looking forward to your next post. Thank you
Huay
2:48 AM

boy said…
This is my blog. Click here.
เทคนิคหมุนสล็อตออนไลน์ให้ได้เงิน
Sbo24
daymanjesus
1:46 AM

edok69 said…
This is my blog. Click here.
เว็บแทงหวยออนไลน์ น่าเชื่อถือที่สุด
2:04 AM