As most of you probably known I'm Brazillian. In Brazil, baseball is not a very popular sport but I always felt like going to a real baseball game one day. Last Saturday I was finally able to accomplish this dream. I went to a real baseball stadium! Dodgers VS Atlanta Braves!!! 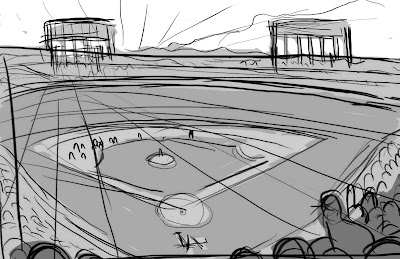 Me, my girlfriend and some of her friends decided to get a seat in the "All you can eat" area of the stadium. So I got in line and decided to get me some food. I felt that since I could eat all for free, I should get 2 hot dogs instead of one. I asked the lady on the stand to give me one more. She gave me one more but she gave me a "go f * yourself " look too. Here was the beginning of my baseball experience. 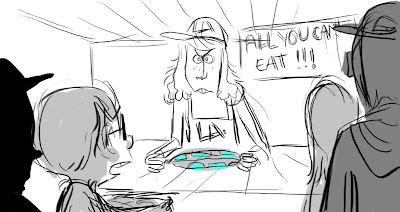 I was upset and a bit scared from the hot dog lady but what a hell...I was there to have fun and wasn't going to give up on my first baseball game because of an angry and bitter lady. Me and my girlfriend went upstairs to meet up with her friends and have a blast watching the baseball game. I was very excited!!! Hooray Dodgers!!! 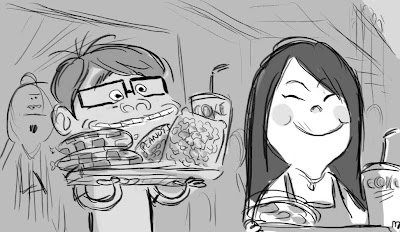 As soon as we go upstairs, we spotted two large man fighting over a seat. The one on the left kept pointing at the man on the right. He started yelling at him: "Get out of my seat, you fat *hole!" 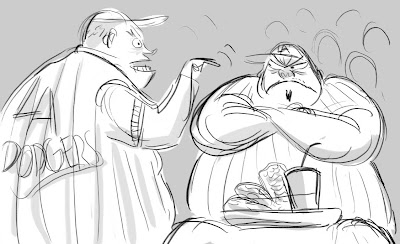 Suddenly, they started fighting. Kids were crying and their parents were horrified. People yelled: " There are children here!" We could see the blood from their mouths being spilled over people's hot dogs. That was shocking but hey....It wasn't a little fight that would make me give up of my baseball experience. 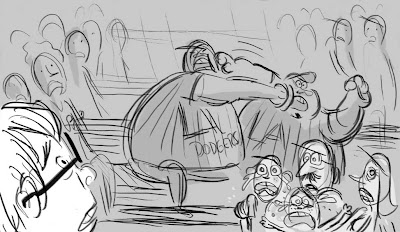 The little kids recomposed themselves but now, instead of crying the were yelling like hell in my ears. They sang the hole Dodgers anthem in high pitch voice right close to my ears. 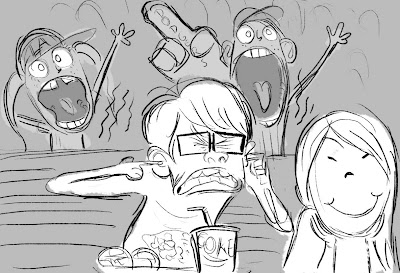 The game started and I was excited at first. But since I didn't knew the rules and since the game was so long.... after 3 hours of seating I started feeling a pain in my butt. 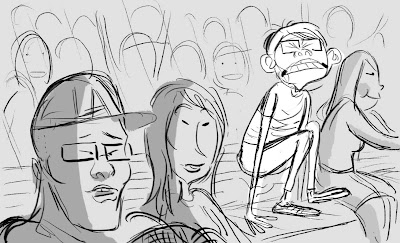 After one more hour of seating I decided to seat in some pop corns, peanuts and hot dogs so I wouldn't feel the burn in my butt cheeks. The Dodgers started to loose the game. People were starting to get frustrated and started to leave the stadium. I was frustrated too ...but I have to confess, I was happy to leave. 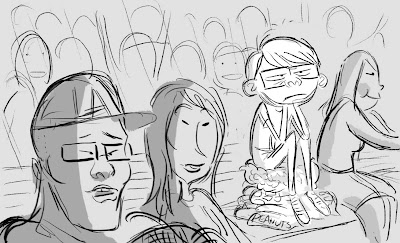 Even though it was boring it was a great experience I should say. I regret not knowing the baseball rules though. I was probably bored during the entire game because I'm an ignorant foreigner that don't know anything about sports in America. I'll try to get better in learning more about those rules next time. However, I have to say that I really miss soccer....and I'm so glad World Cup is here!!!

Anonymous said…
Hey, Leo. It's Benett here. I see you went to your first baseball game. Not to mention it was a Dodger game! I'm a Dodger fan, and was watching the game you went at home. It's a pity that the game went a bit long, as long as 11 innings. It must've been hot, too, huh? Baseball rules are pretty complex, too... Hopefully, it will be more enjoyable next time you go watch. I'm also excited for the World Cup! I'm rooting for South Korea!
1:21 AM

DSM said…
The screaming kids are the best.
I didn't know you were Brazilian; I like those people!
6:29 AM

Eugenio Herrera said…
Hahaha! are very good these drawings that illustrate this fun(or mad?) experience! no doubt you are a real storyboard artist, here in Venezuela is also more popular baseball, but I prefer football too!! certainly didn't know you're Brazilian, success in this world cup!

Hey Leo, some time ago that you don't visit my blog, I invite you to view and comment please..:)

Unknown said…
Leo - You summed up the experience of attending a Dodgers game very nicely. I had a good time catching up with everyone and enjoying the hot dogs, but like you, I probably won't be going to another one anytime soon!
1:56 PM

Leo Matsuda said…
bennet: I totally agree with you man. i'm sure baseball is very fun. it's probably because I'm not so familiar with the rules. Good luck with South Korea!!! I love their soccer and I hope they kick ass!!!

DSM: I'm glad you liked the screeming kids. They were definitely a handful.

Steve: I'm glad you think it's funny. Long time no see you man. I miss the CalArts times.

Eugenio: Thanks so much for the kind words. I will definitely visit your blog and leave a comment.

Deepak: It was great seeing all you guys. I just wished the game was a little more exciting! lol next time we should go to a basketball game!!!
10:13 PM

Régis said…
Hey Leo! Nice story. Yeah, I remember when baseball was new to me in high school. I've been to about 5 games (I think) in my life but I remember getting more into it the more I went. Though, since then, I haven't been to a game or watched a match, so, so much for that.

I like how violent your stories are getting though! LOL. Are you having a hard time at work or something? Calm down! Hehehe, jk!

Unknown said…
No no, Leo. You were bored because baseball is genuinely boring. That's why there's so many random "waves" and clapping games because there's really nothing else to do. They should put a basketball court in the outfield to keep people entertained!
1:56 PM

Leo Matsuda said…
Regis:I'm glad you enjoyed it. It wasn't as fun as i expected but I definitely learned a great deal about it. All this violence come from real life. lol It's all based on reality. The world is becoming too violent I guess. The Adam post was peaceful I guess. :)

Austin:I'm glad I'm not the only one that think baseball games are are boring.Also, I totally agree with you about the basketball court in the outfield field.
11:21 PM

Kristian said…
so funny. I love your tales
9:39 AM