The legend of the Old Fish

It was a hot summer in Japan. Me and my mother were hanging out in Tokyo. It was lunch time and I was very hungry. Mom asked me what I felt like eating and after seeing this amazing cool blow fish outdoor in front of this seafood restaurant I new exactly what I wanted to eat: Fish!!! 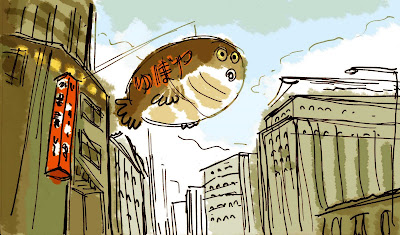 As soon as we got closer to the restaurant door this very polite japanese man came to receive us. He kept saying "Irachai Imace!" non stop. I couldn't speak very well in japanese so I was confused and a little bit scared. 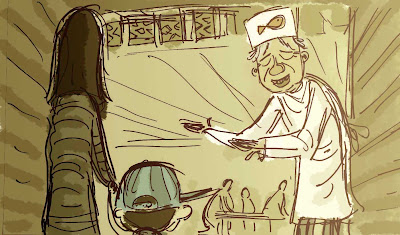 When we were walking towards our table I could hear this extremely loud sound of "suction". When I looked to my right I realized that the sound came from this large japanese man with glasses. He was all red and he ate ridiculously fast. That was strange to me. In Brazil people would never "suck" their food. It would be extremely impolite. My mom told me at that point that in Japan, the more you "suck" your udon, the more polite you are. 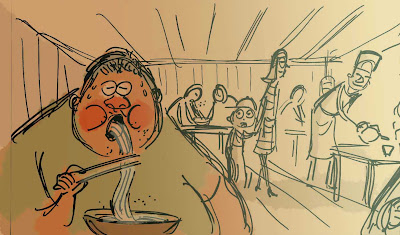 There was no chairs so we had to seat on the ground. I could feel the pain in my little legs. I just wanted a chair. 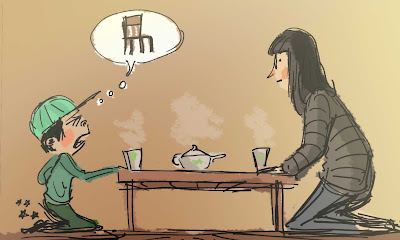 The polite japanese man came with our meal. It was a huge raw fish. My mom told me that it was a very expensive one and that I would like the refined taste. The japanese man cut the slices of the fish and my mom told me. "just swallow it hole! Don't bite it. That's how you eat raw fish." So I did it. it was just like a nightmare. 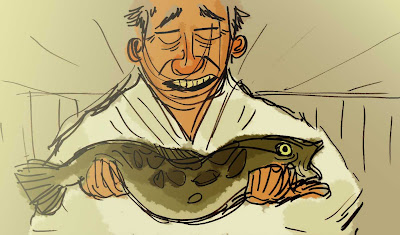 If I kept eating it I would throw up. I didn't want to sound ungrateful for the expensive raw fish so I told mom: "I can eat him mom. He looks so sad." 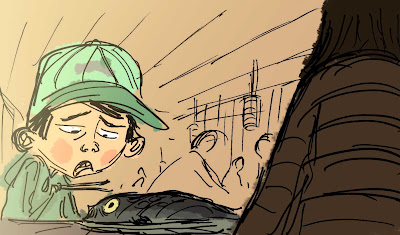 Then mom said: " I'll tell you a story about a sad fish. People say there's a fish that lives in the japanese deep sea. He never comes to the surface. Just a few people saw it and they say it's the most horrible creature they have ever seen. The fish is bigger than a whale and it eats everything it encounters. It has a face of a sad old man. It has more than 2.000 years. No one knows if it's a legend or if it's real." 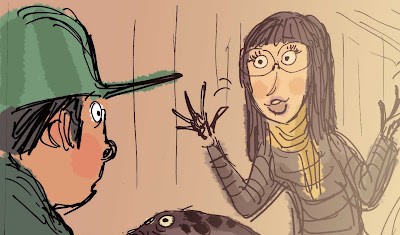 That story freaked the hell out of me. It made such an impact in my life that I never forgot it throughout my life. I grew up thinking in how that fish would look like and if the beast were down there in the ocean somewhere. Every time I went to the sea I would be more scared of encountering "The Old Fish" than a White Shark. 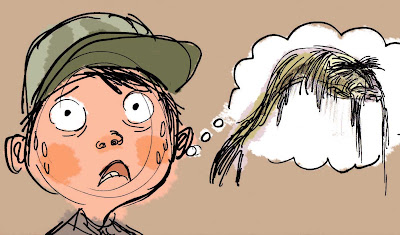 That's how big the fish would be in my imagination. The white shark is one of the most terrifying fish in my opinion. However, it is a little puppy close to the "Old Fish". 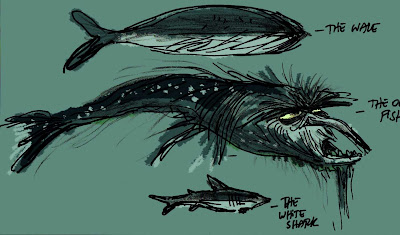 As a child that's how I imagined his horrible old face would look like. 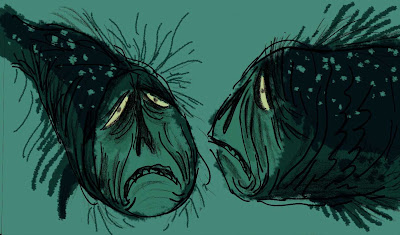 And this is the craziest fact: I just read recently on the LA times that this legendary fish with a face of an old man actually exists!!! It was shocking for me hearing that since my hole childhood I wondered how it would look like. It doesn't look too similar to what I imagined but it's definitely one of the most terrifying creatures I've ever seen. It's kind of creepy and at the same time cartoony. His name's Blobfish and you can read the interview here:
Blobfish 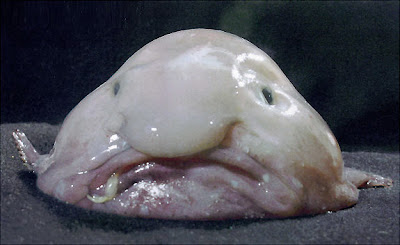 DSM said…
Oh, Leo ! This is the best reward for waiting for your post. We got a whole story! Thanks a bunch!
4:54 AM

Rob said…
Lovely post! When i was designing my character for an underwater film i found the blobfish quiet helpful too! Its so funny!
7:16 AM

Claire said…
I loved reading this! Very entertaining. I especially love the panel with that startled expression as you imagine what the Old Fish must look like.
7:43 AM

Unknown said…
Awesome story, man! What a payoff, too! I love stories that end with a scientific factoid. Your blog is always a joy, Mr. Matsuda-san!
7:59 AM

Unknown said…
ps. anything that has to be swallowed whole probably isn't worth eating.
8:00 AM

Randeep Katari said…
Leo. This is fantastic. I love it. Hope you're kicking ass man. Call me soon!

Aoife said…
aw lovely little story!love the images too;)
9:47 AM

Régis said…
LOL, that was great! There are some crazy fish out there - have you seen the one with a parasite for a tongue?! - great drawings, and great story man, I love it!
2:26 AM