A few days ago me and my girlfriend Kate went to a sophisticated french restaurant to celebrate her birthday in style. Everything was going well. The food was superb and the wine was divine.  The topic of our conversation on the other hand was rather inadequate for the occasion. After starting a discussion on the film blade runner we ended up having a little bit of an argument. 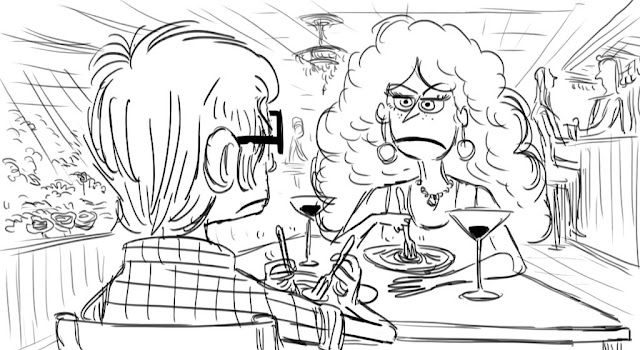 KATE
Well, it's obvious Deckard didn't
knew he was a replicant.
LEO
How can you be so sure about it? The cops call
the blade runner little people and then we cut to
a shot of an Origami on the table. 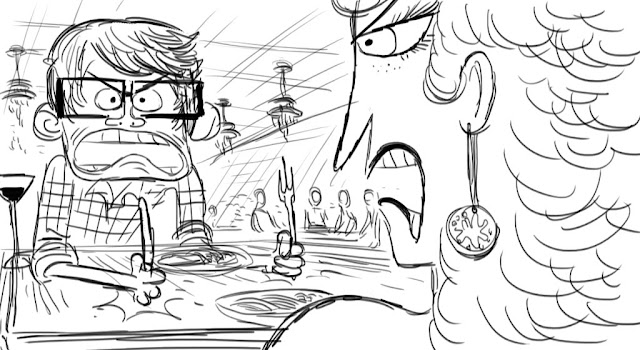 KATE
Why would he have all these family
pictures on top of his piano? because he
believed those were his family. 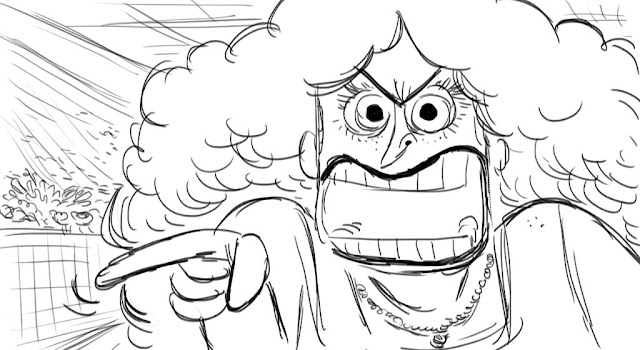 At that point I was running out of answers and Kate was actually right on that argument. I didn't want to feel like a loser so I kept pretending I was right. 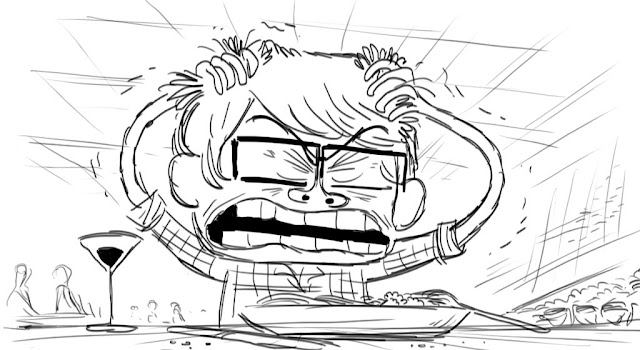 LEO
Can't you see it? Deckard was just afraid
of accepting he was a replicant.
KATE
You are absolutely wrong, Leo. 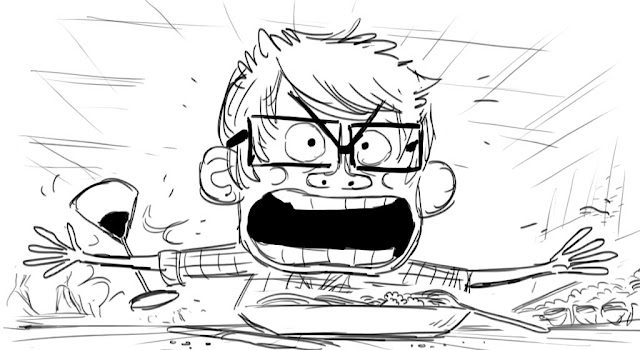 LEO
Shut up! What about the freaking unicorn? 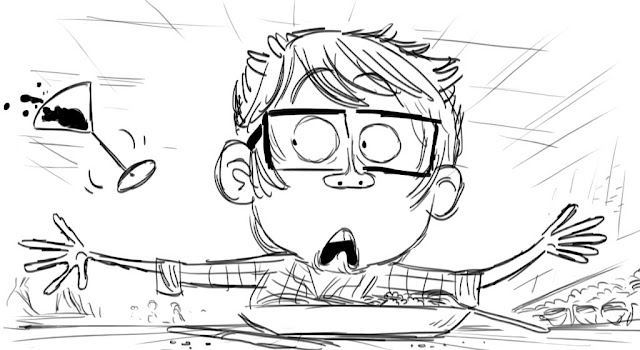 Enraged, I ended up accidentally bumping my right arm into the wine glass. 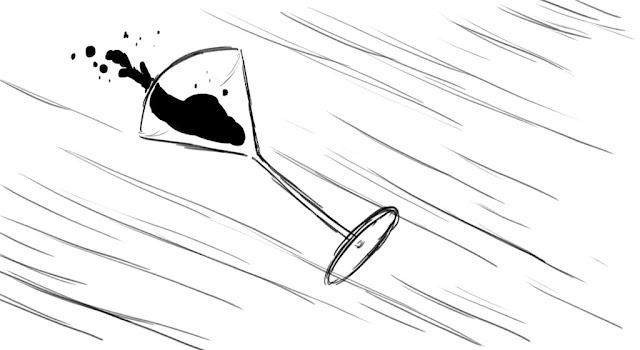 As it floated in the air towards other people's tables my adrenaline grew high and my heart pumped thousand times per second. Cold sweat run through my face. 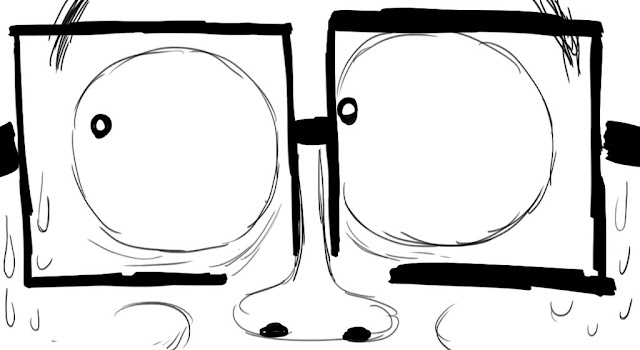 As fast as I could even notice my arm unconsciously lifted from the table and headed towards the wine glass in an insane speed. 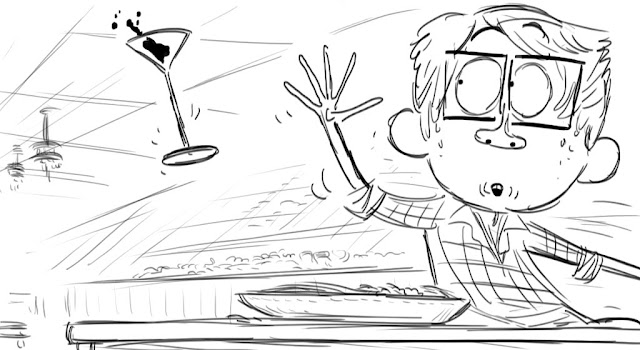 So in a blink of an eye I incredibly grabbed the cup in mid air! 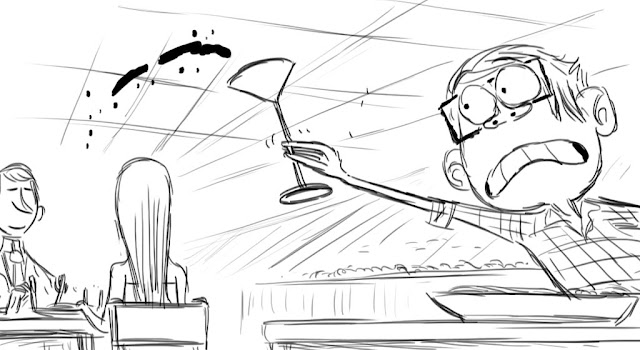 The Cabernet on the cup, however, kept its momentum towards the table besides us. 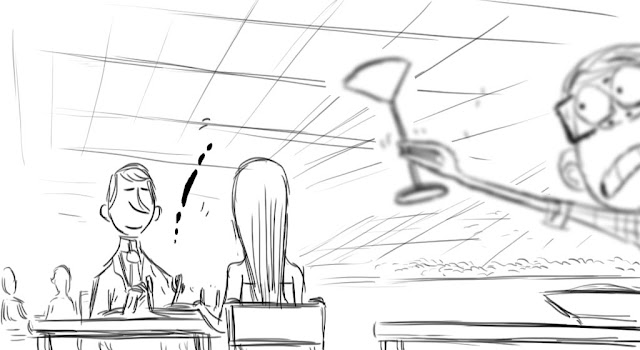 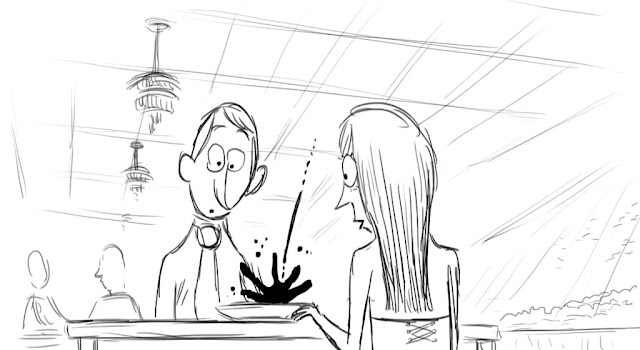 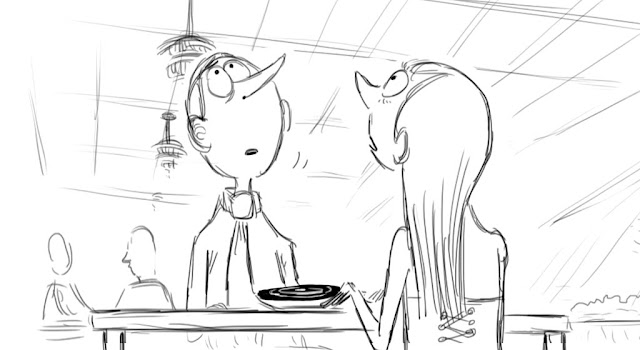 Everything happened so fast that the couple on the table actually thought the wine had fallen from the ceiling. And that unfortunatelly led them to an inadequate occasion.

LADY
So that's what you call a fancy date? 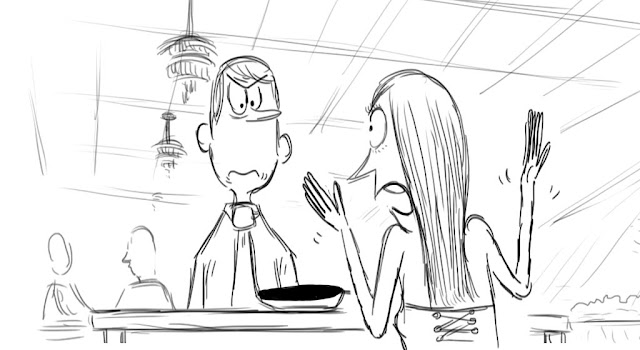 I decided to be quiet about it.I knew that wasn't the nicest thing to do but at least I grabbed the cup before it crashed over their heads... and besides you have to give me some credit for my nice reflexes.

Shocked by what I had just accomplished I stared at the empty wine glass speechless. 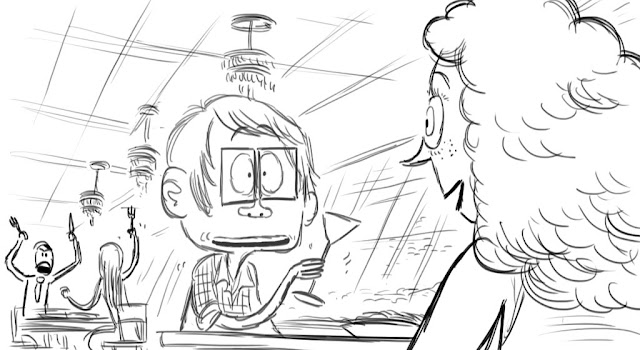 Kate was so enchanted by my skills that she even forgot about my terrible comments on Blade Runner. 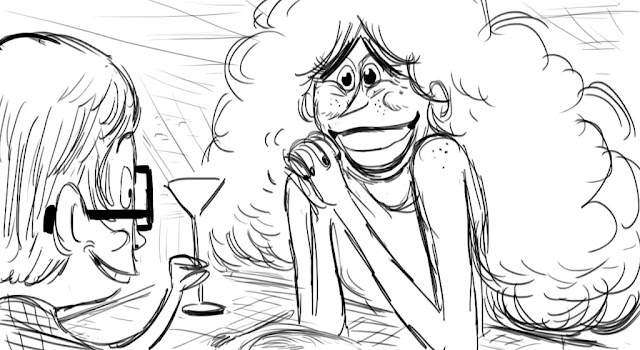 And that was the end of the argument and the start of a romantic dinner. 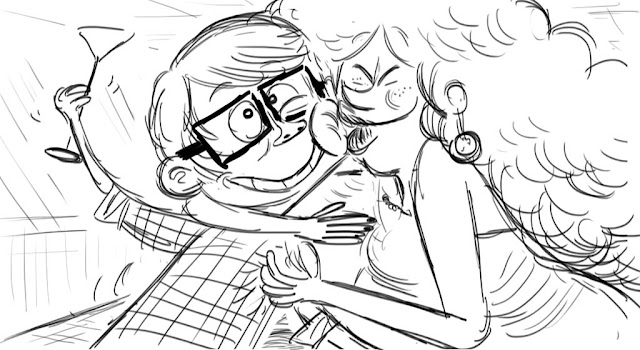 PS:  please if you read this post don't tell other people about my comments on Blade Runner. People might think I'm too stupid and that my ruin my career in story. :-)

Unknown said…
Oh man, these illustrations you did are great!
5:04 PM

tek! said…
haha don't worry Leo , your BR 'insights' are safe. Impressive skills there too!
2:25 AM

Sean McCormack said…
Your secret is safe!!!
Maybe your a replicant too, since those skills are far beyond human!
In any case, awesome as usual!
BELEZA!
2:56 AM

Nikhita P. said…
hahaha!! This is hilarious, and I love the part where the time slows down and that nic e pan to the other table!!! Wonderfully told, and I will go watch blade runner now! haha! :D
4:37 AM

sabby3481 said…
That was a wonderful depiction of something we have all gone through (the Blade Runner argument that is, not the cat like glass grabbing reflexes). Great drawings!
1:02 PM

Elaine Chen said…
This is a beautiful sweet and perfect execution!!
11:06 PM

Marie Bower said…
This is awesome and you should be patting yourself on the back daily for cat-like reflexes!
3:05 PM

Will Kim said…
Way too hilarious Leo you're awesome. I still haven't met your girlfriend yet haha.
11:31 AM

k.mediani said…
This is super awesomely told and illustrated. What a skill to catch that wine glass!
12:57 PM